How does populism transnationalise thanks to migration? Check out a brand new paper by Mari-Liis Jakobson, Sebastián Umpierrez de Reguero & Inci Öykü Yener-Roderburg in Contemporary Politics. 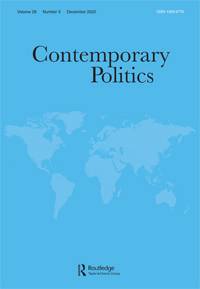 The emerging debate on transnational populism has thus far mainly focused on cases, which have remained relatively inconsequential due to the weak institutionalisation of the political transnationalism arena. By bringing in a better-structured arena of migrant transnationalism, this paper introduces populist political parties mobilising transnational migrants to the debate and explores the resulting phenomenon of homeland populism. The paper investigates three populist parties that operate transnationally – Ecuadorian APAIS in Spain, Turkish AKP in Germany and Estonian EKRE in Finland. The analysis demonstrates that the phenomenon of homeland populism shares several distinct features despite the ideological, geographic, cultural and migratory differences between the three cases. The cases also sport differences: while the construction of ‘the people’ depends on migratory context, the construction of ‘the antagonist’ is more related to the ideational variations of populism. The study also suggests that the key target group of homeland populism are economic migrants.