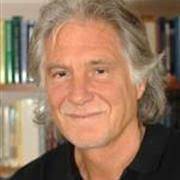 Russell King is Professor of Geography at the University of Sussex, and Visiting Professor in Migration Studies at Malmö University where, during 2012–2013, he was the Willy Brandt Guest-Professor. At Sussex, he founded the Sussex Centre for Migration Research and was its director from 1997 to 2012. He was also the editor of the Journal of Ethnic and Migration Studies from 2000 to 2013. For 40 years, he has been researching and publishing on migration in its various forms, and has carried out research projects on migration in many parts of the world, including Europe, West Africa and Latin America.